Hello and welcome! This is how every meeting of the Elwood Dutch playgroup based in Melbourne, Australia, commences: a warm welcome expressed to all in song. The main objective of the group is to teach the children (ages ranging from 0 – 4) the Dutch language through play, reading sessions, special activities (painting, making of costumes and birthday cards etc.) and a musical programme complete with a work booklet. The group also functions as a support network for bilingual families and recent arrivals from Holland. 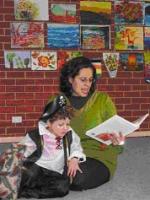 The Elwood Dutch Playgroup was originally founded in 2004 by Monita Mascitti-Meuter. Originally from Curaçao, Netherlands Antilles, her background includes 17 years of lecturing/training experience at Canadian and Australian Universities as well as Australian Relocation Management Companies. (She currently freelances as a consultant for Relocation Specialists). Multilingual, with two international relocation experiences and two Master degrees (in Spanish Language & Literature and International Business), she also has a music background (piano) which includes work as a pianist at ballet schools in Canada and Australia, piano teacher, accompanist and the like.

Upon starting her family, one of her main aims had always been to make sure that her children would understand their roots, and speak a language other than English. Although fluent in Dutch, English, Spanish and Papiamento (native language of Curaçao), with a working knowledge of Italian and French, she decided that Dutch would make the most sense, as it was the language she spoke the most at home, growing up in the Caribbean.

She quickly saw the opportunity to organise a structured cultural playgroup that would allow her children, Saskia and Luc to learn about the Dutch language and culture through song, play and, most importantly, an extended Dutch community. (The saying ‘it takes a village to raise a child’ is very true, and even more so, if your aim is to raise a child bilingually). Today both children are bilingual (a great accomplishment, as their father speaks English, and the extended family on the father’s side is Italian!). Many of the families belonging to the playgroup will tell similar stories of success, where the language has been learnt and upheld, and an appreciation of the Dutch culture maintained through the support of events organised in the playgroup.

The playgroup currently offers two sessions in the Elwood area to the thirty families that form part of its membership list. A typical session consists of 45 minutes arts & craft for the children, coffee for the parents; 45 minutes music and reading (lead by the playgroup leader), with half an hour left for children to play. Membership fees are $20 a term ($50 for the Monday group, which now has to pay rent for the venue they use) with an extra $23 for yearly insurance from Playgroup Victoria. The playgroup is non-for profit, and works on an at cost basis.

Typical activities during a session include painting, leadlight painting, tile painting, costume making, mask making, collage, card making and the like. The playgroup also conducts a puppet theatre a few weeks every year. 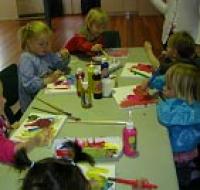 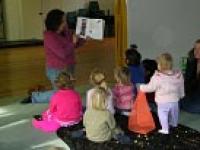 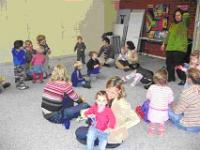 Currently the playgroup has been very lucky to receive the help of Ellen Van Den Biggelaar as its first volunteer. A recent arrival, Ellen helps enormously with the set-up, clean up of sessions, assisting members of the playgroup during sessions, and even assists with the teaching of Dutch to the 4-5 year old group on Tuesday afternoons. 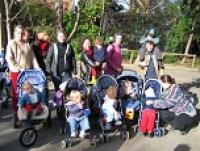 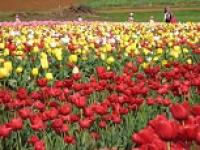 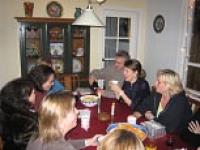 Aside form the regular sessions, the events organised by the playgroup are varied:

In 2005 the playgroup started a book club which meets every month to discuss Dutch novels read in the original text as well as play Dutch board games. Texts are read in Dutch, and the preference is to include only Dutch authors, not translations.

Children’s library. Thanks to the extra funding received form the Telstra Grant and the Port Philip Council, the playgroup has been able to operate a children’s library of Dutch books. The library is managed by Inge Huijpen, one of the parents of the playgroup, who has most generously offered to dedicate her time in making sure everyone gets a chance to enjoy these new books.

Regular picnics. Picnicks form an essential part in the playgroups existence, as it allows for an opportunity for partners (both Dutch and English speaking) and friends of the playgroup to be part of a playgroup activity. Especially in the case of bilingual families, the non Dutch speaker may quickly feel left out of the playgroup. The picnics assure that it is a community effort, and the support of partners that help the children be comfortable and proud in creating their bilingual identity.

The Queen’s Birthday Event is one that the group always celebrates, and thanks to our liaison officer Carole Overmaat, this year we were able to participate with the Orange Day on Federation Square in Melbourne on April 30th

Other events include visits to cultural centres in Melbourne as well as the end of year Sinterklaas Party, which now attracts about 50 children and their families.

The playgroup is also investigating the possibility of organising a soccer tournament and to visit nursing homes which cater to the elderly Dutch.

Thanks to a most generous $1,000 Telstra’s Kids Fund Grant the playgroup received through two of its members in 2005 (Frank Hunnekens and Sue Batten Van der Graaf), it was able to purchase all the necessary music supplies for the musical segment of the sessions, and also start a children’s library consisting of a small collection of books, DVD’s and videos which will support parents in their endeavours to teach their children the Dutch language.

In early 2006 an application was submitted for a grant to extend the playgroup’s Children’s library of Dutch books, and, in June of this year the Elwood Dutch Playgroup received the wonderful news that it is to be the recipient of a most generous grant of $800 from the Port Philip Council!

This grant will provide much needed support to the parents of the Elwood Dutch Playgroup, who wish to teach their children the Dutch language but lack the resources to do so.

In September 2006 the Playgroup received the fantastic news that The Victorian Multicultural Commission granted the Playgroup $500 towards their Sinterklaas Celebration. In addition to this, the Playgroup was also granted another $250 from the City of Port Philip in October 2006 towards a Dutch Fancy Fair organised by the Playgroup during Children’s Week (21 – 29 October).

In conclusion it is fair to say that the last two and a half years have been very busy for the members of the Elwood Dutch Playgroup, especially the playgroup leader! It has also been very fulfilling, and the hope is that the playgroup will keep on going for a very long time for future members to enjoy.

The gift of a second language to a child, and the appreciation for different cultures is one that lasts a lifetime.