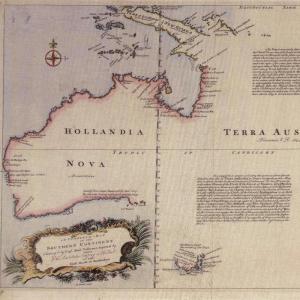 Dutch history in Australia is characterized by their maritime, military, migration and mercantile presence in Australia since 1606

The Dutch have at various times had strong maritime, military, migrant or mercantile connections with Australia and Australians. This connection began in March 1606, in Wik country near what is now Weipa in the Gulf of Carpentaria, Queensland, when Willem Jansen, skipper of the Duyfken a Jacht of the Dutch East India Company (Vereinigde Oost Indisch Compagnie or VOC) and his crew, looking for trading opportunities, mapped 250 kilometres of the coastline to Cape Keerweer. All told, around 30 mariners from diverse national backgrounds mapped parts of the Southland’s coastline before Captain James Cook declared it British territory. VOC shipwrecks are an important part of Australia’s maritime history and cultural heritage tourism.

The Dutch Australian military connection commenced at the outbreak of the Pacific War on 7 December 1941, which forged a three and a half year alliance between the American, British, Dutch and Australian (ABDA) military in the interests of the defence of the Region, including Australia. Selected members of the Netherlands East Indies (NEI) Administration were evacuated to Australia in front of the Japanese occupation of the NEI to continue the war effort from Australia. They were the only government in exile in Australia during WWII. However, a rift emerged in the relationship when Australian Union’s gave their support to the Indonesian Independence movement by placing a boycott on Dutch ships from 1945 untill 1947.

However, the first large influx of Dutch into Australia did not take place until after WWII, when 160,000 Netherlanders migrated to Australia. Around 70 per cent of them eventually made Australia home. The Australian Bureau of Statistics noted at the last Census that almost 300,000 Australians currently claim Dutch origins.

Intending emigrants were enticed to WA with images of booming industry, boundless opportunity, full employment, good working conditions, a home of one’s own, white goods and a motor vehicle. This level of materialism was unheard of in postwar Netherlands.

Moreover, these could be had with passage assistance to which both governments contributed. 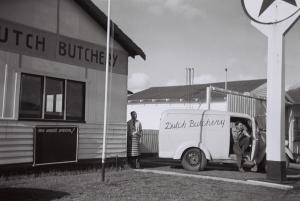 Australia is in addition home to a large contingent of Dutch expatriates. Most are employees of Dutch oil, gas and mining Firms and investment banks operating in Australia. A Dutch School keeps expatriates’ children relevant to Dutch curriculum. These mobile families help sustain the Dutch cultural heritage connection between home and host land.