John (Jan) Giezen would have to be one of the better known people within the Dutch-Australians veterans community living in Queensland. He has helped ex-veterans and their widows to access compensation and pensions; he established the Netherlands Ex-Servicemen and Women’s Association (NESWA) website, and has worked hard to archive the Dutch contribution to the Netherlands East Indies (NEI) and Australia.

John was born on 11th April, 1926 in Eindhoven, the Netherlands, where his father was in the police force.

The family moved to NEI at the end of 1930 when his father accepted a contract as administrator of a sisal factory in Cheribon, West Java. The plantation and factory were run by the Department of Internal Affairs.

Like many Dutch people who are of so much help to others, John faced hardship and adversity in his formative years. His father was working for the Netherlands East Indies police force within the Department of Internal Affairs when he caught tuberculosis and then died when John was just ten years of age. His mother, who ‘did not get a cent from the government’, was left with sole responsibility for six children and they managed to survive through the help of relatives back home in the Netherlands. Still, John had a happy childhood. He remembers joining the Boy Scouts in West Java, and playing in the tropical sun with children of all nationalities, not remembering any form of discrimination that might have marred this part of his life. He also remembers the delight of riding on his bicycle once or twice a week to take a look at Bandoeng’s Andir Airport because of his interest in flying and he thinks this is where he might have seen the now celebrated 18th Squadron Member, Gus Winckel, who was training there at the time!

In 1938, the family were able to return to The Netherlands where he finished his secondary education, hoping to train at the aviation college at Haarlem in the early 1940s. 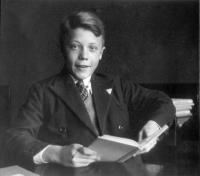 World War II played havoc with his hopes and aspirations, yet he was very lucky to become a mechanical engineer instead in 1947 at the Technical College (HTS) in ‘s Hertogenbosch.

A year after he joined BPM/Shell in 1947, John was called up for military service, trained as an officer, and then sent by the Army to Batavia in Indonesia because he spoke the local language. He jumped at the opportunity and loved his time back there.

At the end of 1950, he returned to the Netherlands to work on BPM’s various oilfields and met Martha Baars (born 20th May 1929 in Bergen op Zoon, The Netherlands), whom he married in 1954.

They spent three years in Egypt where John re-vamped a Shell oilfield in remote Ras Gharib in the desert that had been extensively damaged during 1939-1945 European War. His role was also to build the roads between the oilfield and the major towns and ports. 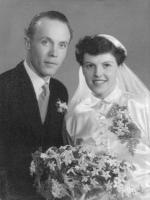 As tensions mounted between Israel and Egypt just prior to the Suez War of 1956, Martha was successfully evacuated from the country. John, however, was taken prisoner by the Egyptians because he had too much knowledge of the region during a time of war. Fortunately, local customs prevailed: those helping him were able to pay a little ‘baksheesh’ and very quickly John was out of the country!

He returned to Holland where their first son was born, and was then transferred to Nigeria where he worked as an engineer and surveyor for Shell-BP.

And did he enjoy it his time there? “Oh yes, absolutely,” he replied. “You could do everything: develop oil fields’ infra structure to your heart’s content, build roads, and develop the bush. I also was honorary head of the village there; we had a good relationship with all the locals. It was a great experience, but it was difficult work because it was a very swampy area, and we had to consider having 50 tonne trucks bringing in the oil-drilling equipment. We just had ‘points’ on the map by Shell-BP surveyors, indicating where they wanted to drill. Then you had to find each of these ‘points’ and prepare a site in the jungle for a drilling rig, plus access roads in the middle of nowhere. It was very interesting.” 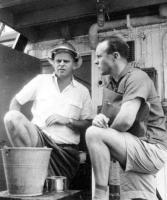 In 1961 the family decided to leave Shell-BP and Nigeria so that the children would not need to go to boarding school. John then worked with the confectionary company Mars building factories firstly in the Netherlands and then in various locations in Europe and the USA, the Philippines, Sri Lanka and Africa’s Ivory Coast. He was able to teach locals ‘the knack of making (quality) desiccated coconut under hygienic conditions’.

In 1977, Mars sent John and Martha on a one-month visit to Australia before he decided to accept the job of building another Mars factory in Ballarat in Victoria. These were golden times for a year later, the family of seven were brought out first class on KLM to Australia.

As Martha recalled, “… with five children, it was unbelievable. All in the Hilton Hotel. There were three rooms: one for the boys, one for the girls, and one for mum and dad. All provided by the company! The directors really did appreciate what John was doing for the company.”

For John and Martha, Ballarat was just another small town in a series of large and small migrations. They booked the five children into five different schools and stayed in the one spot until all had finished their schooling. Four of the children then went on to university.

It was 1991 when John finally retired, and he and Martha then moved to the warmth of the Sunshine Coast in Queensland before re-locating to the Gold Coast where they still remain today (2007).

During this time, John came into contact with Dutch ex-veterans and thus began a new phase of his life. He became a member of The Netherlands Ex-Servicemen and Women’s Association (NESWA) and then started to re-vamp the monthly newsletter of which he was editor for a number of years. This led to an increase in NESWA’s membership in Queensland and even attracted members from interstate.

Then in 1996, the NESWA committee was approached by a few members who had attended a lecture given by Dr. Jack Ford on  relations between Australia and the Netherlands East Indies during the Pacific War.

At the time, Dr. Ford was unable to find a publisher for his thesis: “Allies in a Bind”. John then wrote a synopsis for the book, contacted various publishers in Australia and in The Netherlands, but was also unable to get it printed. Recognising its value for further studies in Australia and abroad, John and other committee members decided to print it under the NESWA flag. To help cut costs, John then re-formatted the thesis and added footnotes and photographs. He approached various institutions in the Netherlands for assistance in the funding of the project, with varying success. But together with the original funding by John and three other committee members, there was a print run of 800 copies. Although they sold very quickly, there was insufficient funding for a second run. So John made a new version pragmatically designed to an A4 format for photocopying, with original footnotes and an additional, extensive legend that would suit the needs of researchers in the field. Six hundred copies were then printed, in small batches; they sold at a slower rate. 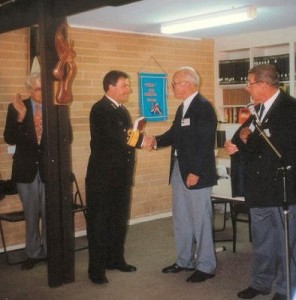 Visiting Admiral Joost van Aalst, Inspector General of Dutch Forces, accepts a copy of  Allies in a  Bind from John Giezen in 1997.

The success of this venture inspired John to become even more involved with NESWA as he perceived the Dutch in Australia to be largely forgotten by The Netherlands’ Government. Entirely through his own efforts, without the backup of an officially-designated position, John was able to help many people through the extensive list of contacts he had made over many decades. He fought hard to get compensation for Dutch veterans and in many instances was successful. To his credit, he was able to ‘educate’ younger members of the bureaucracy in the Netherlands about the many issues involved. However, the struggle was not easy and he took some cases to the Dutch Supreme Court. The experience gained in that field also enabled him to assist veterans or their widows or children to obtain the financial help they were entitled to. In many instances, he was able to help Australian-born widows of Dutch veterans to recover the pensions that had been stopped upon their husband’s death. 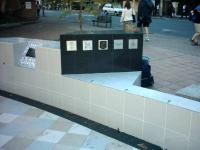 In 1992, John initiated the NESWA website for Dutch ex-veterans. One of the features of this multi-faceted site enabled ex-veterans to list their names and addresses and, as a result, many veterans from all over the world were able to re-establish contact with each other. At the same time, John was also building up an impressive archive of Dutch presence and contributions within Australia and the south-west Pacific region.

He then gathered together surviving members of the 18th Squadron – joint Netherlands East Indies-Royal Australian Air Force (NEI-RAAF) – who had done so much to defend the Dutch East Indies and the Australian coast during the Pacific War (1942-1945). For many years, they met monthly on Queensland’s Gold Coast. However, the decline in numbers plus the deteriorating health of the surviving members, has made formal gatherings a thing of the past.

In 2005, John received the Ted Meines Award citing his: … outstanding example, during a long period on end, never ceasing devotion to the material and immaterial interests of migrated Netherlands and Netherlands Indies ex-military personnel, Merchant Navy personnel, and personnel of the Governments navy with a war history, also including the widows and children (see also www.neswa.org.au )

In late 2006, John Giezen was a full-time carer for his wife Martha with less time to devote to the NESWA website and his archival collections. However, from his personal point of view, he is just ‘happy to have made a difference’ for the members of the Dutch community and for ex-veterans in Queensland and overseas including USA and Canada.

From the perspective of one of the 18th Squadron vets however, ‘John’s remarkable! He comes to visit – just calls in and never says he’s coming. And he’s got jokes and he’s a terrific contact person for everybody. He’s an absolute gem, you know’.