DutchCare Ltd’s Directors’ & CEO Profiles. These profiles have been prepared from the resumes submitted by each of the directors.

DutchCare Ltd’s Directors’ & CEO Profiles. These profiles have been prepared from the resumes submitted by each of the directors.

He comes to us with many years experience in senior management and for more than 40 years has held senior positions in the paper industry with 11 years as Managing Director of Tomasetti Paper during which sales went from $9 million per annum to $100 million p.a. He was until recently a consultant and Chairman of two Executive Connection Groups.

His formal qualifications include a Diploma of Management from RMIT and Marketing Management at Harvard Business School.

Ignatius is a practicing barrister and solicitor, working for a provider of consultancy and legal services to Health Care Industry working for Employer Organisations providing advice on issues of concern to Hospitals, Community Health Services, Aged Care Providers, Medical Practitioners and Dentists. He joined the Board in September 1998.

Previously he was the CEO of the Occupational Health and Safety Authority. He has had experience in managing Trade Unions and was also head of an Academic Department. He has worked in Europe, New Guinea, America and Asia. 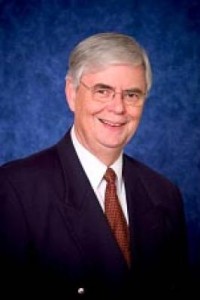 Tom Wilson is a Chartered Accountant. On 31 December 2000 he retired as a partner of international accounting firm PricewaterhouseCoopers after a career of 19 years with that organization. Prior to that he worked at the Australian Taxation Office for 21 years.

Tom has worked as a tax specialist all of his working life and in recent years specialized in indirect taxes and in particular GST. He studied GST type taxes in UK, Europe (including the Netherlands), Canada and advised businesses and government departments on introduction of GST in Papua New Guinea and Australia.

Tom is married to Corrie who was born in Amsterdam. They have four children and 3 grandchildren. Tom studied the Dutch language and has a reasonable understanding of Dutch.

Tom has many interests. He is currently treasurer of the Australian Netherlands Chamber of Commerce and is a member of Committee of Management of Golden Days Radio for Senior Citizens.

Tom can be heard each Monday evening between 8.00 p.m. and 11.00 p.m. presenting the Monday night music program on Golden Days 95.7 FM. This program is devised prepared produced and presented by Tom.

Ype is the President of the Associated Netherlands Societies in Victoria; a position he has held for 29 years. He worked for 32 years with the Gas & Fuel Corporation, during which time he held several management positions and set up a training school in Victoria for technical and non-technical training of personnel. Ype has taught at TAFE colleges on a part time basis in leadership training courses and focused on multi-cultural and ethnic issues.

In the Dutch Community Ype has been involved in the Association for 24 years. In this position he manages and coordinates the activities of all member organisations in Victoria; liases with Australian and Dutch authorities, ministries and other ethnic communities.

In 1998 Ype was awarded the Order of Australia Medal for his community work and in 1988 Ype was awarded the “Order of Oranje Nassau” by HM Queen Beatrix of the Netherlands for his work with Dutch Migrants and ageing migrants. In 1985 he was appointed as a honorary part-time Commissioner with the Ethnic Affairs Commission in Victoria and served 8 years in the position during which time he advised on social, cultural, educational, industrial and other issues affecting ethnic communities. 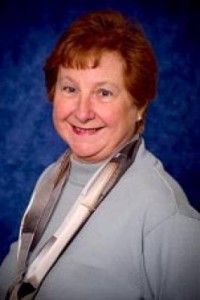 Judy worked for 23 years with the Commonwealth Attorney General’s Department based in Melbourne and spent two years of this time attached to the Department of Foreign Affairs as Liaison Assistant at the Australian Embassy in Washington and three years in The Hague. During this time in the Netherlands she had frequent contact with several Netherlands Government Departments including Immigration and Foreign Affairs. She held many senior secretarial posts including Personal Assistant to the Deputy Director.

After leaving her government position she held several other senior personal assistant positions in large corporations. Judy has been Secretary of the Associated Netherlands Societies in Victoria since June 1993. 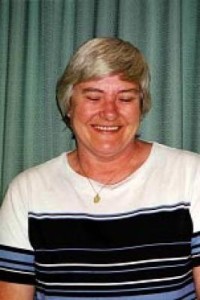 Jennie has served in many community organisations as a committee member, including many school committees and Hampton Park Soccer Club Auxiliary, (President).

During her time on the Board of Avondrust Jennie has been involved with the setting up of the hostel and the development of the unit complex. She has good relationships with both residents and staff at Avondrust and is an active volunteer of the Avondrust Auxiliary and often represents the Board at social functions. 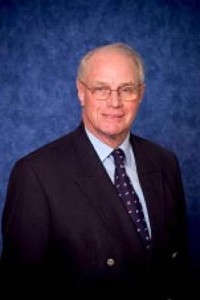 Wilfrid has operated numerous businesses over the past 25 years, including Oma’s Pancakes at Yarra Glen, import, wholesale and retail of furniture, involvement in tourist development, and continues to conduct interactive based business in Australia and Overseas.

He was a large donor to our last nursing home appeal and has been involved with the wider Dutch community for many years. He is a member of the Australian Netherlands Chamber of Commerce.

Jack is a structural engineer, a Graduate , 1964 from Melbourne University, who focussed on buildings. He completed a Masters , 1968 and a Doctorate ,1970 at the University of Alberta in Canada , specialising in the design of tall buildings.

From 1970 to 1972 he worked in Zurich ,Switzerland for Basler and Hofman , Consulting Engineers . This included research on steel connections for buildings , design of concrete runways for Zurich airport as well as the selection of a Satellite Communication station for the Swiss PTT.

1972 saw a return to Australian where he joined John Connell and Associates as a senior engineer becoming Chief Executive , Connell Group in 1985.

Until July 2001 he was Chief Executive and Chairman of Connell Wagner , Consulting Engineers, for 16 years.

Over this period the company grew from 250 to 1500 staff with offices throughout Australia , New Zealand and in Hong Kong , Jakarta, Bangkok and London.

Until 2001 he was a director of Mott Connell , Hong Kong and Mott MacDonald , London both leading International Consulting Engineers.

Jack has contributed extensively to the engineering profession ,to innovation , to research and development of buildings and building facades. He has occupied the following Industry positions:

Member of the Premiers Science Engineering and Technology Taskforce 1997-1999

Member of the Premiers Council for Knowledge, Innovation , Science &Engineering

In 2000 he was “ Professional Engineer of the Year “ in Victoria.

In 2003 he was awarded a Centenary Medal for outstanding services to science and technology particularly public science policy.

He continues involvement with education as a member of Council, Victoria University.

Michael started his career in Holland, at the taxation office in Eindhoven. After his migration to Australia in 1957 he started working for company in packaging Christmas cards, where he worked for 20 years and ended up managing the factory. He also owned his own post office for 3 years and lived in Holland for 2 years where he worked at Philips. In 1987 he commenced working at the Netherlands Consulate General in Melbourne, where he became the Chancellor and Passport Administrator and he also managed the office.

Since his retirement Michael has been very active as a member of the Netherlands Associated Societies in Victoria. Some of the committees Michael took/takes part in are: Holland Festival Committee, AOW/Centrelink Committee, Executive Committee and as the chairman of the DAHC Raffle Committee.

Michael has plenty of hobbies including gardening and reading and enjoys attending/participating at various activities in the Dutch Community. 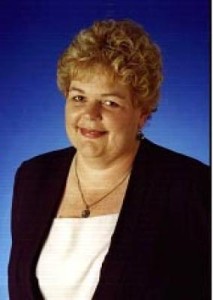 Petra is a qualified accountant (B.Bus – Deakin) and an Associate Member of the Society of Accountants. Initially she served as Treasurer of the HARF from 1987-1991 when she became CEO of HARF Inc. In 1993 she became a committee member of DACA Inc and soon after its treasurer. She took over the management of Avondrust Incorporated after it has made a loss of $180,000 in its first year of operation in 1994. Currently she leads the management of DutchCare Ltd.

Prior to her employment with the Dutch community, Petra served in several middle and senior management positions including at Vita Pacific, Snowdeli, Electrolux Cleaning and Tempo Services. In addition to this she also spent many years working for the charitable sector at Strathdon Community and at an Aboriginal Community in North Queensland.

She is a Director of the charitable sector’s peak body Victorian Association of Health and Extended Care and a member of its’ Issues and Challenges Group and is a sought after as a consultant to ethnic organisations and has been involved in writing software for the industry. She has been active in bringing together the two peak industry organisations and will be a director of the newly formed combined body.

Petra is the Chairperson of Eden in Oz and often presents on changing the culture in aged care to one where the elder and the staff member are valued and life is worth living.