Born in Valkenswaard just south of Eindhoven, the Phillips city, age 62 in 2014. Hans married Marianne in the Netherlands before emigration to New Zealand. Marianne’s father had knowledge of Australia and had positive views of the country. Hans was trained in design and advertising and worked principally for a well-known design agency in Amsterdam, Ten Cate Bergmans, as well as advertising agency Leo Burnett. He was offered a position in San Francisco in 1972 but he declined at the last moment. However, they had mentally prepared for a move away from the Netherlands and then considered other options, Canada, South Africa, Australia and New Zealand. They settled for Australia but they were told by the Immigration Department that there was no need for people with advertising skills; they couldn’t get enough points to qualify. However, they were accepted in New Zealand and arrived there early 1975, settling in Wellington.

Hans said work was a culture shock coming from Amsterdam, a more creative advertising culture. In his profession he hit a ‘brick wall’ as he could not realise new ideas but they liked New Zealand and became New Zealand citizens. However, after four years there the couple decided to move to Sydney, Australia. Entry was no problem anymore because of the change in nationality. With their two children Kyle (9 months) and Jaid (1 1/2 years old), born in New Zealand, the family settled in Mosman, close to North Sydney, an area with many advertising agencies. Very soon Hans was offered two jobs and he accepted a position with Clemenger BBDO, then the Agency of the year. He worked at that agency from 1979–1982. 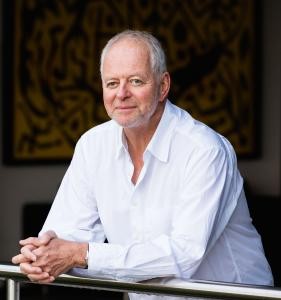 Hans was educated at the Graphic Design School in Eindhoven. He liked drawing particularly and developed the ability to convey ideas by designing symbols and logos. Effective design can convey simple but important and unique messages. Branding requires total commitment, he says, from the CEO down through to the various layers and units of the organisation and its customers. Being Dutch and therefore having English as a second language has an advantage in that some complex ideas can be conveyed more easily by drawing images than by words, he said.  For example, the Kangaroo logo of Qantas conveys ‘Home’ for Australians. It also is an animal that is typically Australian—it affects people emotionally. The Woolworths logo, another big winner, conveys fresh food and now has a 96 per cent recognition amongst the general public.

The adjustment to Australia was “very easy”, he said. But professionally in Australia he also had to overcome considerable conservatism. It took a long time to make companies understand that identity branding involves much more than logo design.

Hans started his own business in 1982: Hulsbosch Communication by Design. A large number of outstanding identities have been designed and awards followed, which can be seen on the company’s website. Qantas and Woolworths were ranked in the Top 5 Australian logos of all time by a leading magazine in the profession. 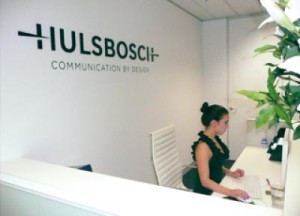 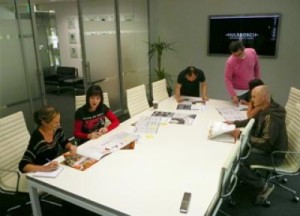 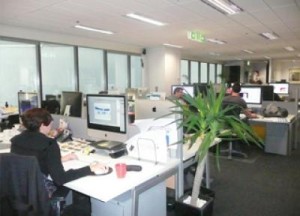 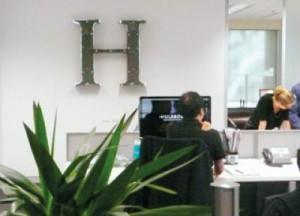 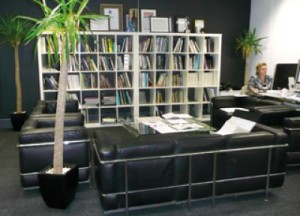 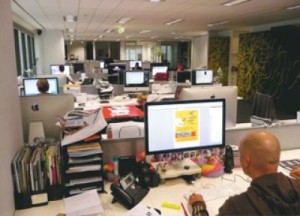 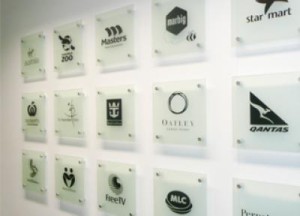 Hans has never looked back. The awards kept rolling in. In 2011/2012 the Hulsbosch team won the Adnews Specialist Agency of the Year again, the second time in three years. A very long list of awards can be found in the Hulsbosch Wikipedia entry both during his time with Clemenger and after 1982. The power of strategic brand design is now widely recognised as it has the ability to touch and engage customers resulting in tangible business results.

But make no mistake about the competitiveness of the brand design business. Once one project has been completed “you have to start from scratch again with the next one”. The research Hulsbosch do has to be extremely thorough. What is this business all about? Where does it want to be in the future? What exactly do their customers want? How does the identity touch them emotionally? How can brand loyalty be achieved? Screwing up is not an option for Hans Hulsbosch.

Hans has ideas about a new flag for Australia as well. He is in fact on the Ausflag Committee. Although the Republic and a new flag are on the back burner right at this time (May, 2014), the momentum must change. The prominent Union Jack suggests Australia is still a Dominion of Great Britain. In Canada they did away with that years ago, “Look at the Maple Leaf”, a prominent Canadian identity statement. “The same will happen in New Zealand, they are talking about it right now. Australia has its own identity, but it is not reflected on its most potent symbol, the flag. It is time Australia stands on its own two feet and shows this to the rest of the world”, Hans says.

Marianne has built her own career, in tertiary education. She gained a PhD from Wollongong University entitled Pointy shoes and pith helmets: dress and identity construction in Ambon from 1850 to 1942. For 25 years she was a Senior Lecturer in Visual Arts and Design Education at the University of Sydney.

What does The Netherlands mean to the Hulsbosches today? Well, they are travelling there every year, partly to immerse themselves in the arts, and explore new aspects of design, but also to reconnect with the old country. Actually, I interviewed Hans the day before they were departing for a short trip to Europe. “In the Netherlands we often go to places where we have never been before. Australia’s history is still young compared to the Netherlands and Europe. As we grow older we have become more aware of these differences. We are Dutch and will always remain so in our heart and soul, but we have always seen greater advantages for ourselves and our family in exciting, diverse, sunny and spacious Australia”.

Hans’ work is widely recognized in Europe as well. In a recent article in a major Dutch magazine Sprout, a detailed record of his status in Australia was provided. In conclusion, a short summary of that interview is provided here, translated in English.The article in Sprout, April 2014 is entitled How I make people love brands.

Stating some of the facts: 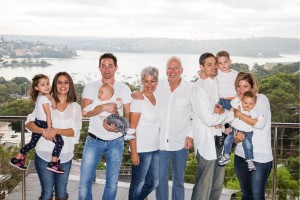